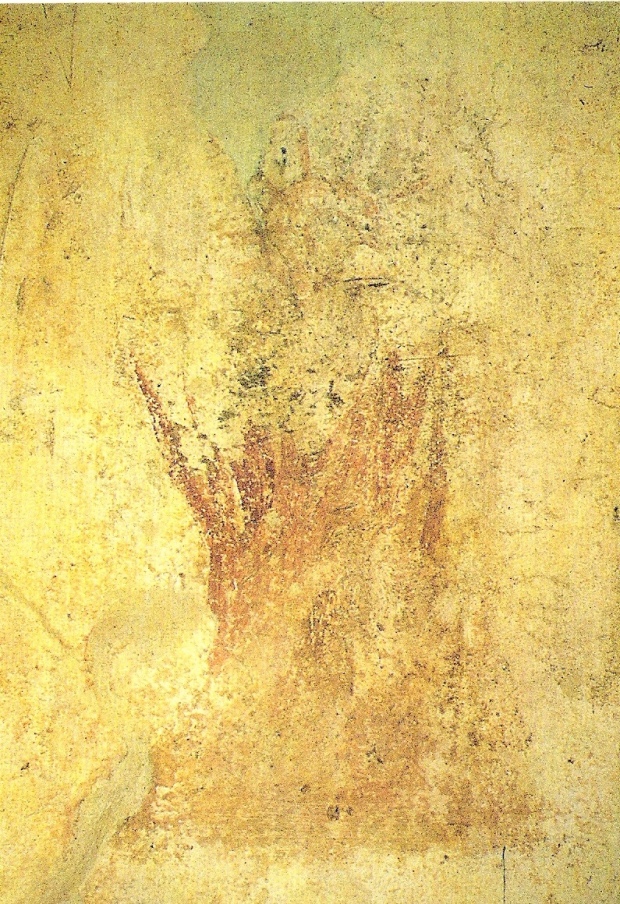 Jesus depicted as the Phoenix in the Priscilla Catacombs in Rome…

In his beautiful novel that brought him international attention, The Book of Laughter and Forgetting, the Czech-born writer, Milan Kundera, writes, “While pondering the infinity of the stars, we ignore the infinity of our father.”

Americans resisted the proposal in the early-1900’s to set a day aside to honor fathers fearing such a day would become over-commercialized. I guess President Wilson’s sanctification of Mother’s Day gave a glimpse of what could happen when corporations began to work their magic. It’s not without trying. Wilson tried to get a Father’s Day but the official pronouncement didn’t happen until President Nixon. Quite the trick to establish the Environmental Protection Agency and Father’s Day in the span of one administration.

But enough distracted pondering of politics. I am grateful I do not need a new-fangled tool or another Jerry Garcia tie or a new set of golf shoes or barbecue tools despite Corporatacracy’s efforts to define the father-role as best-served with a particular set of gizmos and gadgets. (Surely I am not the only father who would cherish a good novel as a gift? Where are those advertisements?) On this day I am simply thankful to be a father and to have a father.

It is obvious to me, and to those who know my life’s circumstances, what I would like as a Father’s Day gift. In addition to being Jesus’s good friend, I hope Lazarus was one helluva father. Promises aside, all I am saying is that if it can happen once, why not again? And again and again? Would the Gift of Again provide consolation to all those who “father” or were “fathered” and are honored on this day? To those who choose to recline and watch the finish of the U.S. Open at Pebble? To those who might do a bit of yard work and then sit down with a good read? Or to those who work today – like me – for a dollar and to pass this special time in laboring …because Grief is easier to bear moving trailers around a truck yard earning Amazon’s dime than it is by pushing a lawn mower or turning the pages of a novel, say, Milan Kundera’s The Unbearable Lightness of Being?

View all posts by threadfollower